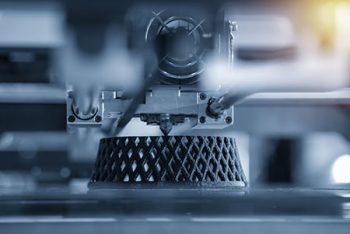 Rapid prototyping is a way of creating working models and prototypes for use in industry. Although it is in fact several technologies, they all involve the use of computer aided design which can be used to turn a 2D drawing or plan of a product into a 3D model of the design. It has now become associated with 3D printing, but it was developed in the 1980s and still operates using the same principles. The computer, generated design uses a range of data to produce CNC programs into the machine which makes the prototype.

Rapid prototyping can also be used to work out the make-up of an item which has no design or plan. For example, it can be used when historical engineers are attempting to reconstruct a working version of an industrial Revolution machine, or where an older factory machine needs to have parts replaced which are no longer available from the manufacturer. In these cases, a process known as selective laser sintering is used to cut through cross-sections of the item, and put the image onto the screen rather like a CAT scan in medicine. Repeated cross-sections like this allow a full model of the item to be created on a computer, and this can then be produced in the same way as a 2D plan or drawing.