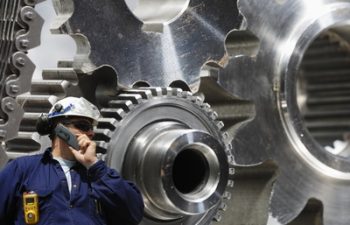 What is Precision Engineering?
The Short Answer Is – There Is No Short Answer
Because of its widespread influence within multiple industries and various fields of study, the exact definition of precision engineering is still argued upon today. Most experts have agreed on a highly-generalized consensus:

Precision engineering refers to any type of engineering design that implies overall stability, though it includes parts that have extremely low tolerances.

Knowing the Terminology is Vital

• A dimension is any single physical factor that can be measured, such as space/distance (relative to other objects), temperature, humidity, speed, etc.

• In engineering, having a low tolerance means being unable to function if a given dimension is changed/influenced.

• Overall stability implies that an engineering design, as a whole, is high tolerance.

Understanding the Concept is Easy

To understand what precision engineering really means, the term must be put into context. A great example is an average modern car. We know it has overall stability – a new car is not going to stop functioning due to outside factors, like distance from other such objects. Yet, the engine can’t function if one of its moving parts is slightly moved from its position. As a matter of fact, some car engine parts are measured to the nearest micron (there are 25,400 microns in one inch)!

Why is Precision Engineering So Important?

Precision engineering has, arguably, been the most important driving factor of all industrial technology for the past century. It is indubitable that much of our way of life is built upon exploring and applying this science. Precision engineering is directly used to produce accessible electrical power, fuel-efficient cars, affordable computing devices and safe air travel, in addition to countless other breakthroughs, which most people tend to take for granted nowadays.

There are some very prominent fields of study and over a dozen commercial industries that have been revolutionized since the introduction of precision engineering.

Simply enough – none of us would be where we are today without it!